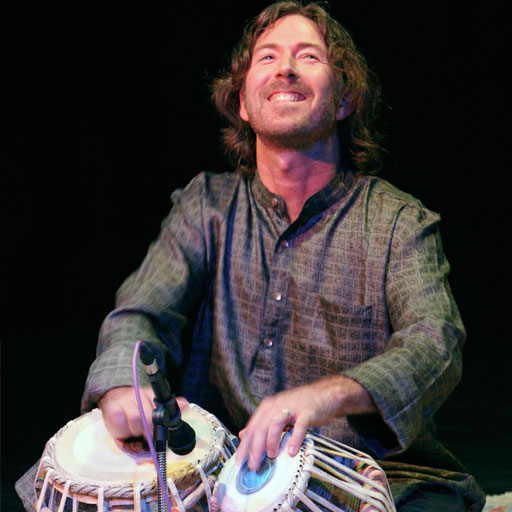 Ty Burhoe has been a disciple of the great tabla maestro, Ustad Zakir Hussain, since 1990. From that time forward, Ty has been wholly dedicated to music as a career and as a spiritual path. Ty is known for his inspired accompaniment and uplifting presence in both classical and in fusion settings. He is internationally recognized for being instrumental in creating unique collaborations that weave tabla with other world traditions. He has become well known not only for his talents as a tabla player, but also for his extensive experience as a recording engineer and live concert producer. He has been featured on many soundtracks for film and DVD, including the academy award winning documentary, “Born into Brothels.” In 2004 Ty opened the Indie record label “Tala Records” which features many of his collaborations.