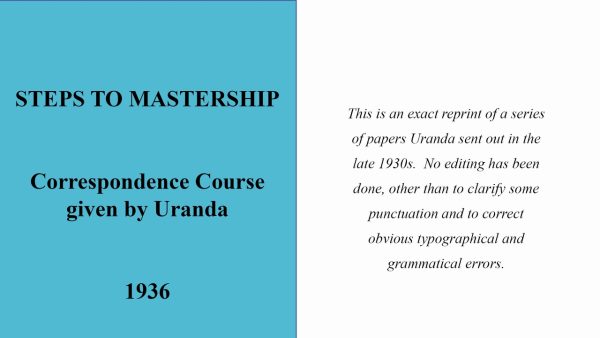 An early work by Uranda. Beginning in 1936, he issued a series of papers by mail, receiving letters of response from readers–a sort of correspondence course. Later these were assembled into book form under the title STEPS TO MASTERSHIP. They include a subseries titled “The Mysteries of the Book of Revelation Revealed” and another subseries dealing with the life and leachings of Jesus. Paperback (ringbound)

There are no reviews yet.

Be the first to review “Steps to Mastership” Cancel reply