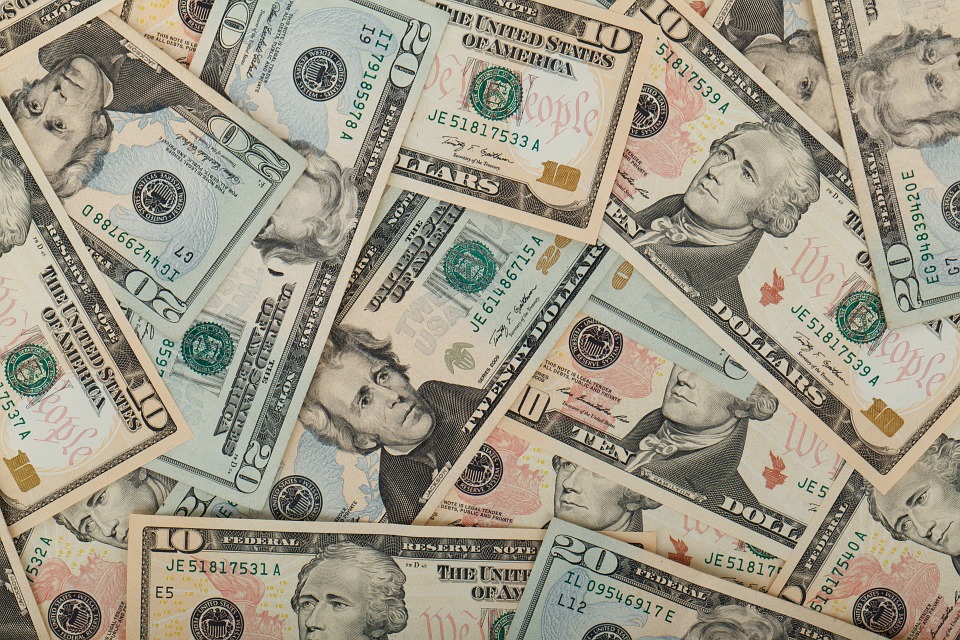 Money won’t buy happiness, but it will pay the salaries of a large research staff to study the problem.

So wrote Bill Vaughan in Reader’s Digest. A lot of people have a problem with money, and the primary problem seems to be not having enough of it. High unemployment and a recession-prone economy have intensified the quest for money, and the more desperate among us are resorting to lotteries and games of chance, highly speculative business ventures, get-rich-quick schemes and even crime in order to somehow rake in some bucks.

I understand that the U.S. Mint once mistakenly printed on a run of its gold coins: “In Gold We Trust.” This inscription might as well be put on all coins and currency, for it accurately represents the human obsession with money. Yet it is universally acknowledged that money has no intrinsic value, that it is merely paper and serves only as a medium of exchange.

Of what is money the medium? What does it represent? Ultimately and ideally, money represents life itself. Whatever increases or facilitates the flow of life on earth has value or, as I like to think of it, substance. An ear of corn grown by a farmer obviously has substance; it is substance. Because this substance has the capacity to sustain life when it is consumed by human beings or livestock, it has value. The farmer who, along with nature, assists in the generation of this substance is entitled to compensation in money commensurate with the value of the substance.

This is a very simple example having to do with a tangible commodity. The corn can be seen and touched. But a great deal of substance generation is intangible. The waitress who serves the corn to a customer in a restaurant has not actually produced anything physical. But in offering a service that in essence facilitates the flow of life she has generated substance, something that has value in monetary terms. The substance itself is invisible but is nevertheless very real and merits compensation.

Ideas represent an even more subtle level of substance generation. Merely by conceiving of a new way of doing things or a new device for doing things, an individual may generate substance, provided the idea when implemented will enhance rather than dissipate the quality of life on earth.

The most refined substance generation occurs at the spiritual level. Worship and meditation, to the degree that these are free of religious beliefs and concepts, generate a purity of spiritual substance that I refer to as “pneumaplasm.” In actual fact, all substance originates at this level, and substance generated at the physical and mental levels is just a denser form of pneumaplasm. This spirit-substance connects spirit with form, essence with existence, heaven with earth, God with creation. It is the mechanism by which all life on the planet—indeed in the whole universe—is sustained and is the repository of all value.

Now back to money. In an ideal state, money, the medium by which human beings collectively acknowledge and measure value, would flow in the direction of pneumaplasm. In other words, it would flow to those who, by virtue of the purity of their hearts and beauty of their expression, were generating the most refined spiritual substance in their living.

But in their fallen state of consciousness, human beings have grossly interfered with this natural flow. Their primary concern is to accumulate the medium rather than generate the substance that the medium represents. Addicted to the symbol, they have forsaken the reality. The result is an unspeakable mess on earth.

Pneumaplasm is sacred, and money, when it is allowed to flow in accordance with pneumaplasmic generation, is also sacred. But when human beings acting out of ignorance and greed attempt to manipulate this flow to suit their own purposes, the whole process is profaned and polluted. All money is tainted as a result, and some of this filthy residue inevitably attaches to those who use it.

In view of this and the current dysfunctional state on earth, we might recognize the wisdom of not accumulating a lot of money. Could it be that those who value frugality and pursue modest lifestyles are, whether they realize it or not, pursuing a very sensible course?

But perhaps the wisest course of all, the way to begin recovering true values in a world where values are totally twisted, is to put the quest for money completely aside in favor of generating pneumaplasm. By devoting the whole of our energies to the expression of the highest qualities of character by living with as much integrity and nobility as is possible in this mixed-up state, we can begin to restore a natural flow.

I have found that when this true generation is the focus in living rather than making money, enough money will be provided to meet daily needs. And the money that does flow in on this basis begins to lose its taint. In other words, purity of motive in generating spiritual substance engenders a purification process that begins to clean up money and everything else in the environment. Here is the only legitimate form of “money laundering.”

The money that comes to a person as result of right generation tends to be just as much as the person can correctly handle on the basis of the substance generated. If more pneumaplasm is generated, the natural flow will bring more money, but never more than can be accommodated on the basis of what is being generated in living.

Perils of winning the lottery

One of the most destructive things that can happen to an individual is a sudden windfall of money—perhaps several million from an inheritance, a lottery or some business venture that suddenly gels. In almost every case the fortune is so far beyond anything that should be received on the basis of pneumaplasmic generation that the end result can only be a distortion of life on all levels affecting the person. He or she may be absolutely delighted and profess wonderful intentions with respect to the money, but none of this will overcome the pneumaplasmic gap. The money will usually be an awful burden to all concerned and even if it is used for apparently laudable purposes, natural pneumaplasmic flows are disrupted and destruction occurs, sometimes at the material level, always at the spiritual level.

Dishonest, deceptive and destructive function at the physical level dissipates a certain amount of pneumaplasm. Corrupt function at the mental level, since it is a more refined level of generation, dissipates even more pneumaplasm. And those who seek to manipulate money and flows of substance at the most refined level—the spiritual—are the most destructive of all. These are the black magicians. Given the extent of conditioning in human consciousness anything done at the mental and spiritual levels is likely to carry an admixture of distortion, contaminating whatever substance may be generated.

Physical work may be best way to restore natural flow

Consequently, the “safest” level of substance generation, where distortions and manipulations are least likely and least destructive, is the physical level. In the performance of simple physical tasks, in loving care for the earth, in an honest day’s work, a quality of substance is generated that is relatively free of distortion. Human beings may need to return to this basic level of function if the natural pneumaplasmic flow is to be restored.

Once a sufficiency of substance is generated at this level, then there may be movement to more refined levels. With its current level of scientific and technological sophistication, humankind has vastly overleaped its substance. Before the planet is destroyed by this unprecedented capacity for manipulation, isn’t it imperative to let go of it all and get back to square one?

So pneumaplasm, the “golden substance of being,” is the true coin of the realm, and as long as that is consistently generated in living, everything else, including money and all other forms of material sustenance, will take care of itself. Within the envelope of this substance there is no anxiety whatsoever about not having enough. Even in material circumstances that are very modest the experience is one of abundance.

In ancient days there was a man named Job who exemplified this natural flow. He was considered “the greatest of all the men of the East,” with enormous herds of sheep, camels and oxen and all manner of other property. It is also said that Job was “perfect and upright, and one that feared God and eschewed evil.” In other words, his generation of spiritual substance was pure and plentiful, and because the state of consciousness at that time was relatively clear, his right generation brought vast wealth.

But the time came when it was all taken away, and Job was smitten with sores and boils all over his body. Though his wife advised him to “curse God and die,” Job continued to put first things first, upholding his integrity and giving thanks for life. And so his health and wealth were restored, the latter not only restored but doubled.

Money/wealth ultimately flows toward pneumaplasm, even though in the short term human beings have disrupted this natural flow, believing money to be a shortcut to happiness and fulfillment. Although there are more people making more money on earth than ever before, human beings as a whole feel more impoverished than ever. Why? Simply because they have neglected the generation of pneumaplasm, without which money is worthless.

If human beings persist in this fixation on a symbol at the expense of the reality, they will find their lives mightily disrupted as the right flow is restored, as it inevitably must be, in accordance with natural law.