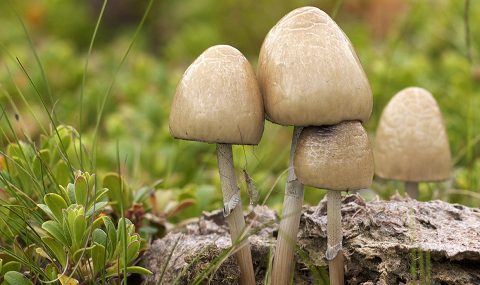 Of the six kingdoms of life, fungi have one kingdom entirely unto themselves. They are far more similar to animals than they are to plants. This organism is believed to exist within every ecosystem across the globe—even the deep ocean. In fact, fungus and its relatives are a pivotal part of the foundation for life on Earth together with bacteria. Scientific evidence is continually revealing these organisms as being nature’s strongest decomposers and actual stewards of plant life in combination with other microbes, forming incredible symbiotic relationships that benefit entire ecosystems. In Colorado, the red spotted mushroom helps maintain our pine forests.

Many species that live with trees will nurture them in life and decompose them in death. A lab study found a symbiotic mycelia colony literally moving water, nutrients and plant sugars around a garden to ensure all the sapling trees in the study, whether shaded, starved or lacking water, were maintained equally. The survival rate in these plants jumped to 80 percent. 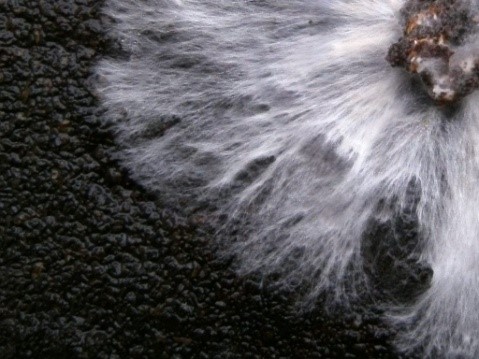 Fungal life starts out as a microscopic spore, one of billions, all lighter than smoke. They float about, sometimes across oceans until they land. Since they do not have the benefit of a yolk like a plant seed or egg, conditions must be just right for growth. If the environment is correct and nutrients are readily available, these spores grow into mycelia, a thread-like organism. The mycelia meet, clamp together and form what is known as a colony. The colony continues its advance through the soil, exchanging genetic information, nutrients and water amongst itself and whatever plant life and microbes it shares a symbiotic relationship with.

What we know as a mushroom, the thing we eat, is merely the reproductive body, like a fruit that produces a seed. Even common culinary mushrooms, like the white button or oyster mushroom, contain incredible compounds that promote healing throughout the entire body. Mushrooms are comprised of at least 30 to 45 percent high quality proteins and contain numerous medicinal compounds, vitamins and minerals, even vitamin D if exposed to sunlight during growth!
Fungus has filled almost every niche imaginable—from shepherding forests to fermenting beer and even consuming insects exclusively!

As mycelium grow and explore their environment, they encounter new organisms, food sources and settings. It creates digestive enzymes, antibiotics and genetics to deal with these problems on the fly. When it has found a solution, it sends the “recipe” back through the colony. A similar thing happens when mycelium symbiotic to a plant species meet at the root tip. The fungus often gives the plant information to create an immune response to local pests, disease or environmental factors if the fungus found a solution.

Mycelia have been shown to intelligently navigate mazes. Their pathways mimic the same neurological ones in the brain, “firing” in the same way as well. In fact, their structure follows the same golden rule of energy dispersal found throughout the universe.

“I believe that Mycelium is the neurological network of nature. Interlacing mosaics of Mycelium infuse habitats with information-sharing membranes. These membranes are aware, react to change, and collectively have the long-term health of the host environment in mind. The Mycelium stays in constant molecular communication with its environment, devising diverse enzymatic and chemical responses to complex challenges.” ― Paul Stamets, Mycelium Running: How Mushrooms Can Help Save the World

In simpler terms, fungus may be like Gaia manifested. I think the movie “Avatar” was on to something. I hope to “teach” our own colonies, perpetuated through successive generations, how to consume the agri-waste we have for it. I will expose colonies to our environment and integrate them throughout our property in the hope they learn how to strengthen our plants and ourselves as we consume them. In this way, I might nurture a strong ally that will help grow and protect our land for years to come. I don’t know if anything like this has been done before. Mushrooms have been domesticated and farmed in sterile isolation for food. Mushrooms have been cultivated in the lab and released to repair the environment by removing industrial toxins and disease; but I haven’t yet found someone who has attempted to “localize” a species as it would naturally to an environment while still cultivating it for food, byproduct and environmental stewardship.

Together with Derik, our Garden Manager, I want to share my personal love, research and experience cultivating culinary mushrooms as a hobby at home and to Sunrise on a professional scale. This project will eventually become self-sustaining and a source of pride and will provide numerous resources for the community. 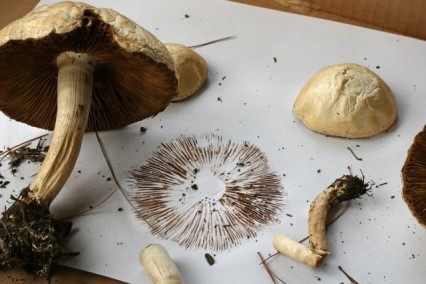 We can create an efficient, inexpensive and renewable cultivation process that can be shown as an example to other communities and groups of people locally and internationally. Mushroom cultivation ties directly into the Ranch by reducing our collective agri-waste and trash and quickly converting it into a usable byproduct for our animals, garden and soil in the form of bio-available compost, mulch and fodder. Not to mention producing a variety of delicious and exotic foodstuffs for our kitchen and community!

Eventually this program can be taken a step further and coupled with fermentation or inoculation, creating other foodstuffs such as tempe, kombucha and more. Mushroom species can be combined with permaculture in an ever-increasing number of innovative ways.

Bioneers have created simple systems to help protect local bee populations and improve local water quality. Powerful medicinal mushrooms are used in teas and in other forms as medicine that provide immune and liver support, detoxify free radicals and promote brain health and longevity. Crafts such as dyes and paper-making are also possible.

I plan to integrate fungal allies into many aspects of our garden and ranch system over time. Across the Earth, I believe fungus is as vital to our future as it has unknowingly been to our past. They’ve helped cultivate life across the planet and fit so naturally into our farm system. I trust that in time, we will discover even more benefits on our ranch than we can imagine now.  I also believe, as the decades move on in this new era of humanity, fungus will become a pivotal part of the organic and spiritual human society we are creating.