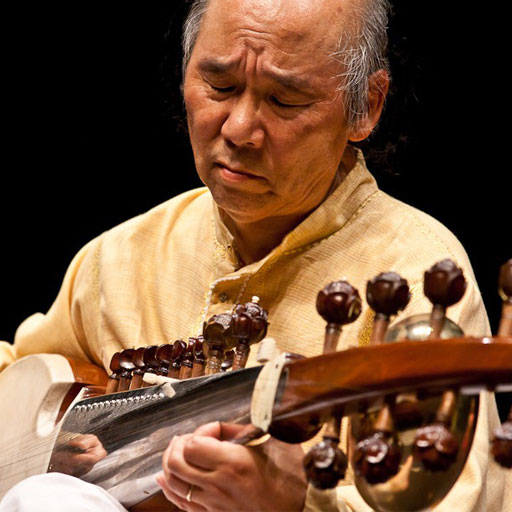 Steve Oda began his musical education at the age of seven, learning to play slide guitar and then jazz guitar. His love of creativity through musical expression led him to the classical music of North India and the sarode. His practice started earnestly with Ustad Aashish Khan in 1971, and then in 1973 he became a disciple of Aashish’s father, the legendary musician, Maestro Ali Akbar Khan, one of India’s treasures. Since then Steve has dedicated himself to fully learning this complex art form and to carry on the teachings of his illustrious guru. In 1996, he received a prestigious Canada Council Artist’s Grant to pursue intensive studies at an advanced level with Ali Akbar Khan.

The demand for his playing continues to increase throughout North America as well as in Europe, Australia, New Zealand, Hawaii and, most recently in Japan. Steve moved to the San Francisco Bay area in 1998 and served as Executive Director of the Ali Akbar College of Music in San Rafael, California for a two year period. He currently resides near San Francisco actively teaching and performing the beautiful music of North India.