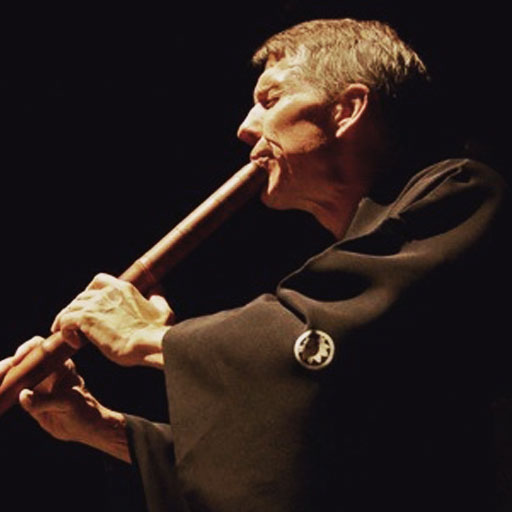 David Wheeler, musician and ethnomusicologist, entered the tutelage of shakuhachi master Junsuke Kawase III in 1977. He received his M.A. in musicology from the Tokyo University of Fine Arts and Music in 1985. Since 1982, he has been performing, teaching, lecturing and writing about shakuhachi and Japanese music both in Japan and the U.S.

David specializes in the classical tradition, but performance activities cover the full range of music today from Japanese to Western and classical to the avant garde. David was one of the main organizers of the World Shakuhachi Festival 1998 and presently resides and teaches in Colorado while maintaining an active touring schedule playing locally as well as abroad.