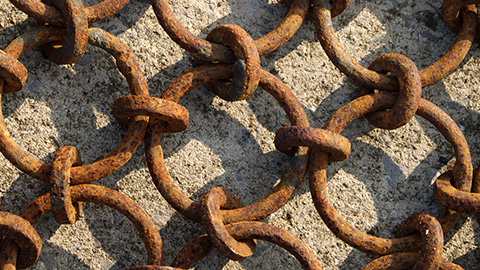 Back along the way, human beings, for whatever reason, disconnected from the truth of themselves and from the creative process that governs all life in the universe. Some would describe this as a separation from God, and in traditional religion it is sometimes referred to as “The Fall.” The opening chapters of the Bible portray the disconnection in the story of Adam and Eve, Cain and Abel.

In any case, this initial disconnection has been replayed through millennia of human history, and in this day the planet itself is reeling under its impact. So many current examples could be cited, such as the mass shooting in June at a nightclub in Orlando, Florida. And on a larger scale there is global warming, desertification, the death of the oceans, species extinction, the threat of nuclear annihilation, wars in the Middle East and Africa, and the list goes on and on.

There are many well-intentioned people who are addressing these things horizontally. That is, they are seeking fixes to these issues and problems at a material or physical level.
Environmentalists, humanitarians and, of course, politicians are all laboring zealously to, in essence, patch up the Earth and the body of humanity residing on it.

Though I suppose this is commendable in one sense because it is intended to relieve human suffering and improve the human condition and the condition of the planet, it is nevertheless only treating the symptoms of the fundamental disconnection and not getting at the root cause. As we know from personal experience with sickness, when only symptomatic relief is given, the sickness may become more entrenched in the body, not to mention the unpleasant side-effects of the symptom-relief drugs or other palliative measures.

So if I am to do spiritual work, I would surely want that work to address the root cause of the human condition rather than merely providing symptomatic relief. And that root cause is to be found in human consciousness and the dysfunctional patterns present there, simply because the material conditions on Earth are merely a reflection of what is present in human consciousness. This is true even of the weather and the phenomenon known as “global warming.”

William Isaacs, founder and president of Dialogos, a leadership consulting and strategy development firm based in Cambridge, Massachusetts, clearly recognizes this in an article called “Making Sacred Space.”

What does it take to allow the destructive patterns of interaction that have appeared on the planet to change? The necessary action clearly is not in trying to rearrange the patterns, but to do something about what is causing them. The fundamental required change is in consciousness.

While there are many seductive forces in the world that could lead into a battle with what is out there, what is required is something very different. Put simply, the core responsibility involves becoming identified with Cause, with Undimensional Being, with recalling and reclaiming that experience.

“Rearranging the patterns” is what I have referred to as treating symptoms, addressing issues and problems on a horizontal level, in other words, rearranging the deck chairs on the Titanic. Identifying with Cause brings in the vertical component of human consciousness, the very power of creation with which all human beings are endowed by virtue of being created in the image and likeness of God. Until we consciously make this vertical connection, anything done on the horizontal plane will only serve in the long run to maintain or even increase planetary disconnection.

David Karchere, spiritual director of Sunrise Ranch, describes what is needed as the Big Reconnection:

“As humanity, we are ready for a big reconnection with the planet itself, with each other, and with the heartbeat of Creation that’s within us.”

A trip to the Rocky Mountains, where he witnessed the devastation of beetle-killed pine trees, helped to convince him of the imperative need for this reconnection, noting that the planet itself is “re-correcting.”

With global warming, it’s not getting cold enough for the pine beetles to be killed off, and so there are dead pine trees and then there are forest fires. All of that is planetary re-correction. The planet has a way of taking care of things. But somewhere along the way, we see that self-correction is going to involve us. We might be self-corrected by the planet. And then we get worried. I love the bumper sticker with a picture of a whale on it that says, “Save the Humans.”

Yes, it has come down to this. The big disconnection now threatens the very existence of humanity, setting in motion a planetary re-correction that is increasingly impacting all of us. Working on the horizontal level to somehow hold off and mitigate this re-correction will only make the final outcome more destructive. Obviously, the only intelligent approach is to make the vertical reconnection, thereby addressing the root cause of the human predicament.

The Sunrise Ranch spiritual community is dedicated to making and demonstrating this reconnection. This is why I signed on here back in 1971. I could read then the signs of the times and feel the world’s pain, and I wanted to give my life to the ultimate solution rather than merely trying to relieve symptoms of the problem. The Sunrise community is modeling the solution by consciously connecting to Source in all that we do individually and collectively, steadily advancing our stated purpose: “the spiritual regeneration of humanity.”

I am heartened to see that people and communities all over the world are awakening to this necessity. The Shift Network, Humanity’s Team, The Foundation for Conscious Evolution, The Association for Global New Thought and the National Peace Academy are a few of the organizations that I’m in contact with that share this objective. Perhaps the time is nearing when the fabled “critical mass” will be reached and humanity’s reconnection will smoothly correlate with the planet’s re-correction. In the meantime, perhaps we can continue to inculcate the wisdom of this bumper sticker: “Don’t blow it; good planets are hard to find.”