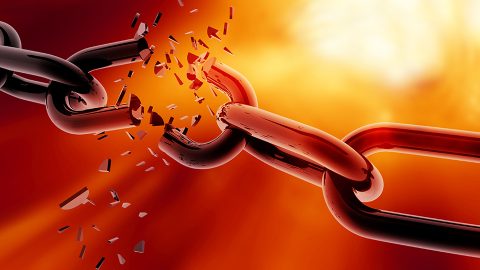 “To grow Sunrise Ranch as the thriving home community for Emissaries of Divine Light and as a teaching and demonstration site for enlightened creative living.”

So reads the second primary objective that emerged from our strategic planning process. Yes, those who live in this thriving spiritual community are committed to demonstrate enlightened creative living in everything we do. But I was thinking that another way of putting this is that we are here to teach and demonstrate liberation.

“Liberation Theology” has long been associated with the Catholic religion. It began in the 1950s-1960s and arose “principally as a moral reaction to the poverty and social injustice” in Latin America (Wikipedia). While I wouldn’t discount the usefulness of relieving poverty and injustice, particularly in that area of the world, and the theology that supports the need for this kind of liberation, to me all of this is just symptomatic of an underlying bondage that affects not just Latin America but the whole world community.

Liberation from the illusion of separation

A liberation theology will not do the job. Theology is mental. I quickly discovered this in my first year at Princeton Theological Seminary. The incoming class was required to read volumes of “systematic theology,” which were mere commentaries on the Bible, particularly the Gospels. For me it was an exhausting, mind-stressing exercise that only served to separate me from the spirit of the Bible’s essential message.

The whole world for millennia has been under the rule of a tyrant. That tyrant is the human mind separated from the control and wisdom of Spirit. Christianity itself is a predominantly mental religion. It is based on a salvation formula mentally concocted by the Apostle Paul and other early church theologians. It was intended to liberate human beings from the bondage of sin and death, among other things, but has actually served to maintain a state of bondage not only among Christians but in the whole body of humanity.

Liberation from the tyranny of the mind-made world

We live in a mind-made world—religiously, politically, economically, scientifically, culturally. Every level of human activity is ruled by the mental tyrant. The illusion of separation is universally and unquestionably accepted. And the fundamental problem is not “out there” in the institutions and systems that have been set up by the mind to run things on earth. The underlying issue and the place where liberation is needed resides in individual human consciousness.

David Karchere, Spiritual Director of Emissaries of Divine Light, puts it this way: “The goal of my life is to bring liberation to the world, knowing that liberation starts in consciousness; knowing that people who are in bondage in consciousness can’t be free in the living of their life. There has to be freedom inside before there can be freedom outside. We need a liberating spirituality that is relevant to today, relevant to this situation, and is true to the Truth of who we are.”

The Truth of who we are is oneness with the Creator and with all of Creation. Separation is an illusion. Hence the need for a relevant liberating spirituality. The first step in accomplishing this is personal liberation. This involves what might be called a personal apocalypse, a profound realization that I am a Creator-being—in fact, a representative of God on Earth, and I am here to bring the Light of Love in all that I do.

There are many spiritual paths and practices that may facilitate this awakening and consequent liberation. The one I’ve found to be most effective and the one that is dominantly practiced on Sunrise Ranch is what we have called “spiritual expression.” This is simply bringing the highest and finest qualities of character into everything I say and do. These qualities are associated with the divine, and their consistent expression in living eventually brings the realization, “Why, yes, I am this; I am God in action on Earth; this is my calling and my destiny.”

Once personal liberation is in place, then it is appropriate to shift attention to planetary liberation. Liberation from the illusion of separation not only erases our perceived separation from God but also from our fellow human beings. Oneness is the reality. There is a “primal bond” that connects me to every human being on Earth. This means that if any other human being is still in bondage to the illusion of separation, a part of me is as well. Or, as it has been put, “As long as any are bound, none are free.”

We are here for planetary liberation. An introspective, self-absorbed spiritual practice, though seemingly yielding personal fulfillment and happiness, is incomplete and is not the liberating spirituality that the state of humanity requires at this time. There is a Kabalistic saying that reads: “First we receive the light, then we impart the light, thus we repair the world.”

Sufi mystic Llewellyn Vaughan-Lee describes this very beautifully in an essay entitled Spiritual Empowerment: “Every human being carries within them a light that belongs to God. This light is our most precious substance. It is our divine essence, our true nature. In past centuries the spiritual work with this light has focused on the inner journey back to God, the reclaiming of our essential nature. But there is another dimension to the journey—the mystery of how our individual light relates to the light of the whole. When consciously recognized, this hidden aspect of spiritual life orients the seeker away from solely a personal journey back to God and turns one’s attention toward service to the whole—a commitment not just to one’s own evolution but to the needs of humanity, the Earth, and the needs of the divine alive within both the created and uncreated worlds.”

I am encouraged by a movement that is currently sweeping through some spiritual circles. It is called “subtle activism” and is explicitly focused on planetary liberation and world service. Stephen Dinan of The Shift Network calls it “the leading edge of spiritual practice, which goes beyond personal awakening to collective healing.” A leading proponent of this movement, David Thomas Nicol, recently hosted an event called The Power of Subtle Activism: How Leading-Edge Spiritual Practices Can Help Heal the World at a Distance.

Dinan also writes, “Subtle activism opens up an exciting new realm for our spiritual practices, which can evolve beyond personal growth to helping address ‘hot spots’ in the world—areas of real suffering—or even major political processes involving millions of people.” I certainly applaud this emphasis on planetary liberation. How beautifully it correlates with liberation spirituality! It is something that I and others on Sunrise Ranch have been practicing for decades. We often call it “world radiation,” and every Thursday morning a few of us gather in our Sanctuary for a World Blessing Service.

It could be said that Jesus himself initiated liberation spirituality. He achieved personal liberation at a relatively young age and then went on to concentrate on liberating others and ultimately the whole world. Yes, I believe his goal was saving humanity, but the liberating message he offered threatened the religious and other structures that were in place at the time. He was a spiritual revolutionary, seeking to break through the veil of separation and free a captive world.

In describing our work on Sunrise Ranch, David Karchere strikes a similar note: “Here at Sunrise Ranch, it’s the power of people who are living on the Earth in an enlightened way, not in a tyrannical way. We could protest on the steps of the Capitol, but we have come to believe that the most powerful thing that we could do is to be, personally and individually, a teaching and demonstration site as a liberated person and then collectively that we could be a teaching and demonstration site of liberated, truthful people. We do so with the belief that if this is done among a group of people, both right here at Sunrise and with people connected to us globally, there is tremendous power for transformation brought to the world.”

There have been many liberation movements in human history. Black liberation, women’s liberation and gay liberation are among the more recent ones. I would be daring enough to say that if Liberation Spirituality were universally implemented, there would no need for any other kind of liberation. All human problems and issues would vanish even as the darkness vanishes with the coming of the light. And this liberation is not accomplished by opposing or battling anything. It happens automatically as the first objective of our strategic planning process is honored: “To create a clear and committed body of people around the globe who embody the presence of divine Being and who bring a profound teaching that transforms the world.”