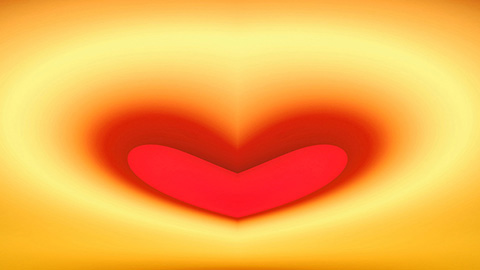 “Blessed are the pure in heart, for they shall see God.”

This statement made by Jesus in the Sermon on the Mount may very well describe the work of the emerging spiritual body on Earth. We are interested in seeing God in ourselves and in others, but as long as the heart (which refers to the emotions or feeling realm) is clogged with accusation, blame, criticism and judgment of all kinds, we cannot see clearly or live creatively.

Purification of the heart brings “emotional intelligence,” a term that has emerged in recent years to describe a condition of clarity and power in emotional expression that contributes to success in business, education, government or any area of living. It is also a vital element of any authentic spirituality and the release of our creative potential as human beings.

David Karchere, Spiritual Director of Emissaries of Divine Light, wrote this in a piece entitled “Emotional Intelligence”: “A truly pure heart is an emotionally fluent heart. It’s a heart that’s emotionally intelligent. And what is emotional intelligence? Is it not being connected deeply to the power of Creation and to the Creator Himself and Herself? Isn’t it knowing that power within oneself in one’s own creatorship?”

While we require emotional intelligence for effective spiritual function, the emotions don’t become intelligent all by themselves. Left to their own devices, the emotions may go in all kinds of directions, some of which may be destructive and produce what David calls “emotional disfluency.”

I am governed by who I am, not what I feel

So choice is another key factor in generating emotional intelligence. I can choose to be controlled by my emotions and potentially express something destructive or I can choose to be faithful to the truth of who I am and express the qualities of divine character regardless of what I am feeling. I have the power of choice.

Just because I feel deeply and passionately about something or someone doesn’t mean I am obliged to express that emotion. If I am governed by the Father within, I can choose to express it, not to express it or to express some modification of it depending on the nature of the circumstance. Because I am centered in the truth of who I am in reality my emotions serve me, they do not rule me.

“Getting it out” just gets it in

Assume I am feeling tremendous anger toward someone I’m with as a result of something they’ve done. Do I have to express that anger? No, I can choose not to, with no harm to my mental state. I’m aware that there is a widely-accepted psychological theory that advises venting the anger in order to supposedly “get it out of your system.” I strongly disagree with this approach. It doesn’t get it out of my system, it just more firmly entrenches it in my system.

There is a creative principle that comes into play here: “You know what you express.” If you express anger in some kind of uncontrollable rage, that is what you know. In other words, it becomes embedded in your system and can become a habit. Also of what possible value is it to in effect vomit this destructive emotion all over people and things in your environment? It destroys them and yourself.

Even anger can be transmuted

Am I suggesting that negative emotions such as anger be suppressed? Not at all. I agree that suppressing emotions can damage the personality. But I am suggesting that the emotional energy represented by anger or any other negative emotion can be transmuted. Being securely centered in the truth of myself and availing myself of the power of Creation, I can consciously choose to transmute any emotion no matter how repugnant. Even vigorous anger can be transmuted and released as a blessing. The same with fear. As Jesus said, “Perfect love casts out fear.”

There was a somewhat amusing incident in an elementary school classroom. The teacher addressed young Johnny: “Now, Johnny, we know that when George Washington was just a little boy he cut down his father’s cherry tree and even admitted it to his father. Why didn’t his father punish him?” And Johnny replies: “Because George still had the ax in his hand.” We know of course that the real reason is that George’s father in effect transmuted that anger in the moment that he heard George’s honest admission and changed his anger into love.

There may be instances when a controlled expression of anger may be just what is needed to constructively handle a given situation. The classic example of this of course is Jesus driving the money changers out of the temple. The temple was a sacred space and the violation of that space occasioned a wave of anger in Jesus. But while he forcibly confronted the money changers he was by no means controlled by anger. He simply used it as a tactic while remaining fully under the control of the Father within.

I have to behave this way; I’m in a bad mood

Emotional intelligence could allow us to reduce or even eliminate another feeling malady that many seem to suffer from. I’m referring to moods. Being in a “bad mood” seems to provide a handy excuse for all kinds of unpleasant behavior. I run the post office at the Sunrise Ranch community. If someone comes to the counter of the mail room needing service, it doesn’t matter how bad I’m feeling physically or emotionally, I will always greet them warmly with a smile. Once again this has to do with control by the truth of who I am rather than by how I feel.

The emotions are a faculty of perception. Just as I see with my eyes and hear with my ears, I feel what is present in myself and in my world with my emotions. Though I may see some awful things and hear some awful things, I am not controlled by what I see and hear. Neither am I controlled by the world and the state of consciousness that I feel. I am answerable only to the truth of who I am and behave accordingly, no matter what my emotions tell me. And by the way, their accuracy as a faculty of perception, their emotional intelligence, depends on my fidelity to this inner control.

But the emotions are not merely a sensory faculty, they are also an energizer. They invest my thoughts and actions with the power of creation. They can be used to enliven my expression and fill it with passion. As indicated above, this can be an outburst of anger or an exalted expression of love. Once again whether the result of this energy is creative or destructive depends on whether I am controlled by an emotional state of reaction to something external or by my steadfast loyalty to the Father within.

The essential role of character

The final key to emotional intelligence that I would mention has to do with character. Identified with the Father within I channel my emotional energy into the expression of the qualities of true character: integrity, nobility, dignity, generosity, serenity, stability, to name a few. The consistent expression of these qualities of character in living clears the emotional realm of negative qualities and brings the emotions under the control of the truth of who I am, the Father within. There is no better way to build emotional intelligence.

The keys to emotional intelligence are “C” words: my Choice to Connect with the Father within and express true Character that in turn creates Clarity in the emotional realm and brings it under Control, releasing the power of Creation in my living. It is a very simple process actually, but how vital emotional intelligence is for generating the spiritual intelligence that is capable of transforming human consciousness.

“Blessed are the pure in heart, for they shall see God.”

Blessed are the emotionally intelligent, for they shall see God and give God access to the earth through the power and clarity of emotional realm, steadily accomplishing the spiritual regeneration of humanity.