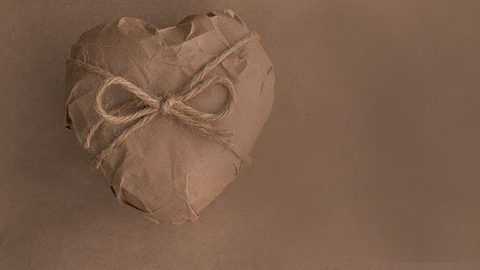 Discovering the gift that I am here to bring during the period of my incarnation on Earth required a jolting event to jumpstart the process. A few months after graduating from Princeton Theological Seminary in 1967, I went before the committee of ministers that had sponsored my candidacy for the Presbyterian ministry. I thought their approval and implementation of my ordination would be a mere formality.

Imagine my shock when the chairman of the committee said this: “After careful consideration, the committee has unanimously decided to withhold your ordination. In short, we feel that you are psychologically unfit for the ministry.”

This announcement came as an absolute hammer blow to all my hopes and dreams up to that point in my life. I had spent years preparing for the ministry and even had an invitation from a church in Tacoma, Washington, to be its pastor. To have this suddenly denied shook me to the very core of my being; it was cataclysmic.

Searching for ways to give my gift

For several weeks after this I wandered around in a daze not knowing what to do. Then it gradually began to dawn on me: What if it’s not a case of me being unfit for the ministry but rather the church being psychologically and spiritually unfit for the gift that I have to offer?

So I began to distance myself from the institutional church and to explore other ways that I could serve God and humanity. I developed what I called a “ministry to the disenchanted.” My “congregation” consisted of antiwar protesters, leftist radicals, psychedelic-drug-using hippies and an assortment of other social misfits. I also spent several months exploring and practicing Zen Buddhism.

Then after a series of amazingly serendipitous events I connected with Sunrise Ranch and found a setting that was wonderfully open to the gifts that I had to offer. But I found that the most important gift that I or anyone has to offer is just our Presence, in other words, simply being who we are.

Engaging with and expressing this gift required me to make a shift in my sense of identity, leaving behind a partial and limited self that I thought myself to be, in favor of the transcendent Divine Self that is the core truth of who I am.

Once I began to make this core shift to what we now call “primal spirituality” and began to increasingly reveal the Supreme Gift of simply being who I am, everything else seemed to fall into place. In other words, the initial movement was going within to connect with the Primary Gift; thereafter, the movement was outward in the natural unfoldment of all of the other gifts, including communication skills and artistic talent, that I’m here on Earth to bring.

So many reasons for withholding our gifts

We are all on Earth to bring our Gift and our gifts. Yet so many excuses are given as to why these gifts cannot be offered: “The people around me don’t like me that much and wouldn’t really receive my gifts.” “I have a physical limitation and therefore can’t give my gifts.” “I have a low IQ that severely limits what I can give.” “I had a difficult childhood that still hangs like a weight around my neck.” “I don’t even know what my gifts are, so how can I ever give them?” “I don’t even believe in gift-giving, especially at Christmas.”

It’s incredible the excuses that people can come up with. Not one of them, of course, is worth a plug nickel. They all spring from what I would call “victim identity.” Still identified with external forms and circumstances, the individual has yet to understand and fully connect with the magnificent internal Reality of Being, the Sublime Gift and awesome creative power of Love.

No inner peace until our gifts are given

Until I awakened to, blended with and began to consistently reveal this elemental Gift, there was an unsettled feeling, even a void, in my life, a sense that there was something that I was called to do in life, an underlying and overriding purpose that I would miss until I finally made the vertical connection with the High Place at the center of my own being.

Having made that connection, I now constantly have a sense of showering the world with gifts, and through the subconscious and heart connections I have with all of humanity, I invite people everywhere to do the same.