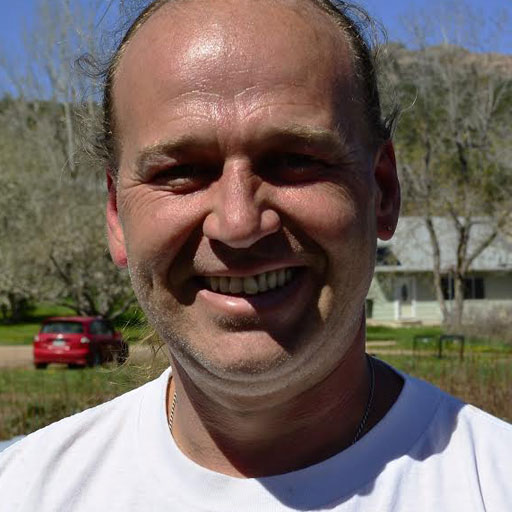 Derik grew up in the Chicago area and has lived in Iowa, Florida, and Niagara Falls, New York. He has always been interested in health and health issues. In the mid 1990s, with the advent and expansion of GMO food sources, he became a label reader and began his quest to become a producer of organic produce. The organic ball started rolling with Derik purchasing items from local organic farms and practicing food preservation. In 2009, he began his own business in market gardening by leasing 1.5 acres. For two years he sold fresh, organically raised produce at farmers markets and to local businesses.

At Sunrise Ranch, he has helped in many capacities over the years and currently serves as Garden Manager.